Welcome to Balumette, or Balmet in Creole, a community across the Artibonite river from the more sizeable city of Mirebalais in the Central Plateau district of Haiti.  The only way to realize you have arrived in Balmet is for the haitian guide to inform you.  There is no recognizable town center, no roads, only footpaths.

Mountain Faith Mission’s church in Balmet, “La Mission Emmanuel Pa La Foi Balumette”, began out of a burden a new haitian preacher felt approximately 15 years ago.  Bro. Richard Turner tells the story of how this preacher, Pastor Josephe, felt led of God to go into this area, which reportedly had numerous voodoo temples, but no churches. 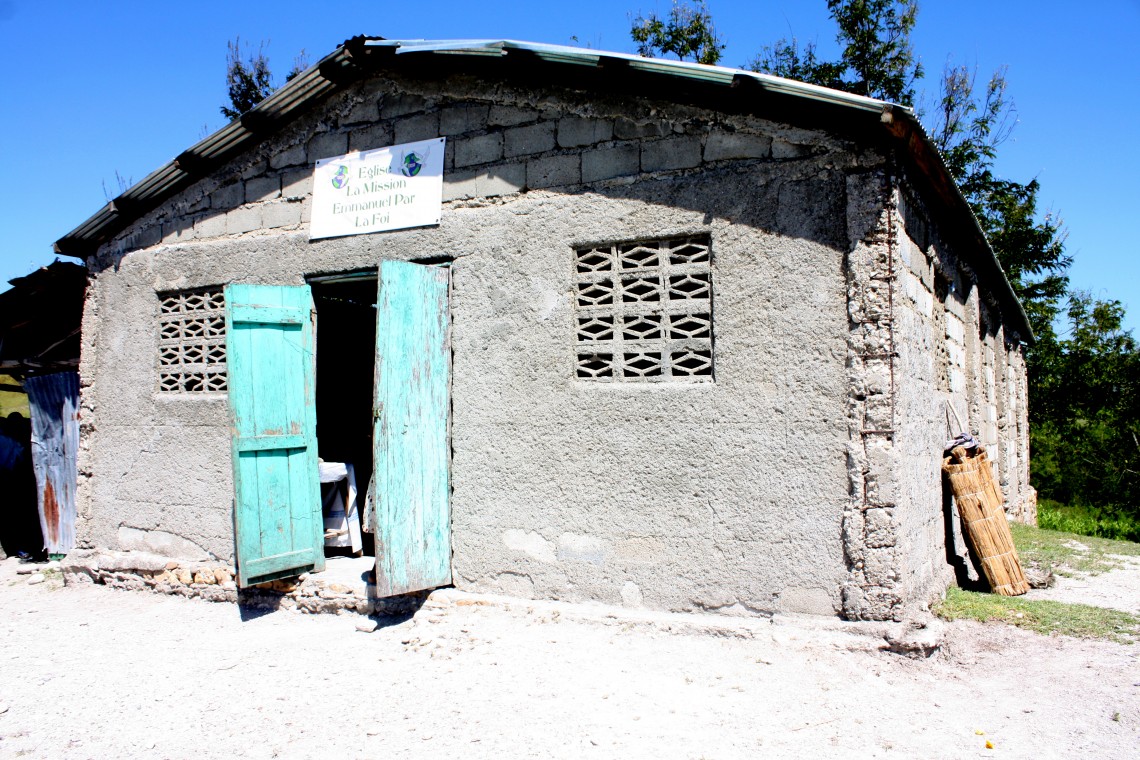 Today, Balmet not only has a church, but also an elementary school.  It is known for developing students who are well prepared to go on to high school in Mirebalais, even though they are considered poor, even by Haitian standards.

The church building at Balmet was constructed in the late 1990’s.  Since then, the metal roof has been blown off twice and was recently replaced using steel rafters and supports in an attempt to prevent occasional heavy winds from damaging the roof.

Join us as we share our missionaries’ stories about what God is doing in Balmet!