A Path to Humbleness 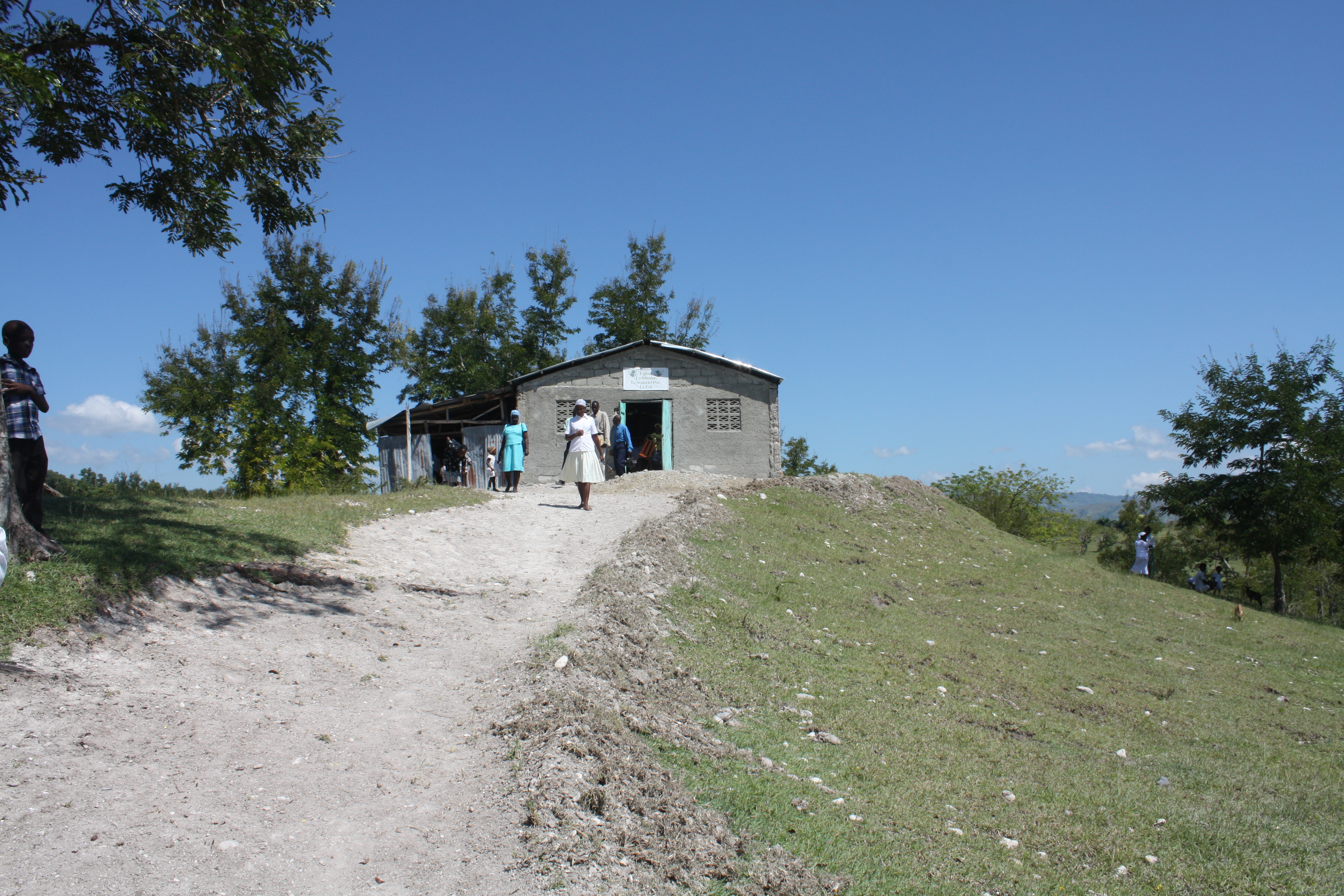 Have you ever felt the Holy Spirit run through your body?  I mean down to the bone.  I have.  On top of a hill in a four-walled building with a concrete floor, a metal roof, and no air I felt the Holy Spirit so strong my tears were not worthy.  In a room full of people so grateful I’m here, but why?  Why did I come here?  What was it all for?  These questions invade my brain as I try to make sense of what is taking place.

It’s Sunday, my first full day in Haiti.  We are going to Balumette today.  I have heard many things about this place called Balumette.  A few being, we must cross a river by hand carved boat, the roof has blown off the church building several times, and it derived from a voodoo past.  I am excited to see how God has helped them overcome these obstacles.

It was decided at dinner last night Zack, Cody, Ayla, and I would go.  We left the compound around 8:30 and started the trip by Pathfinder.  After traveling about thirty minutes we abandoned the Pathfinder and walked.  The trail lead us by homes and everyone stared, but most smiled as we passed.  The neighborhoods edge came to a hill.  Steep and slick because of the wet clay it surprises me no one fell.  Once we conquered the hill we had to cross the river.  A large tree carved by hand into a canoe shaped boat would be our transport.  It looked like a long slim canoe, but with no seats.  John Baptist, one of our escorts, paid a man to take us across.  After each of us stepped inside the flat bottom boat, we had to squat.  This helped to keep the boat from rocking. 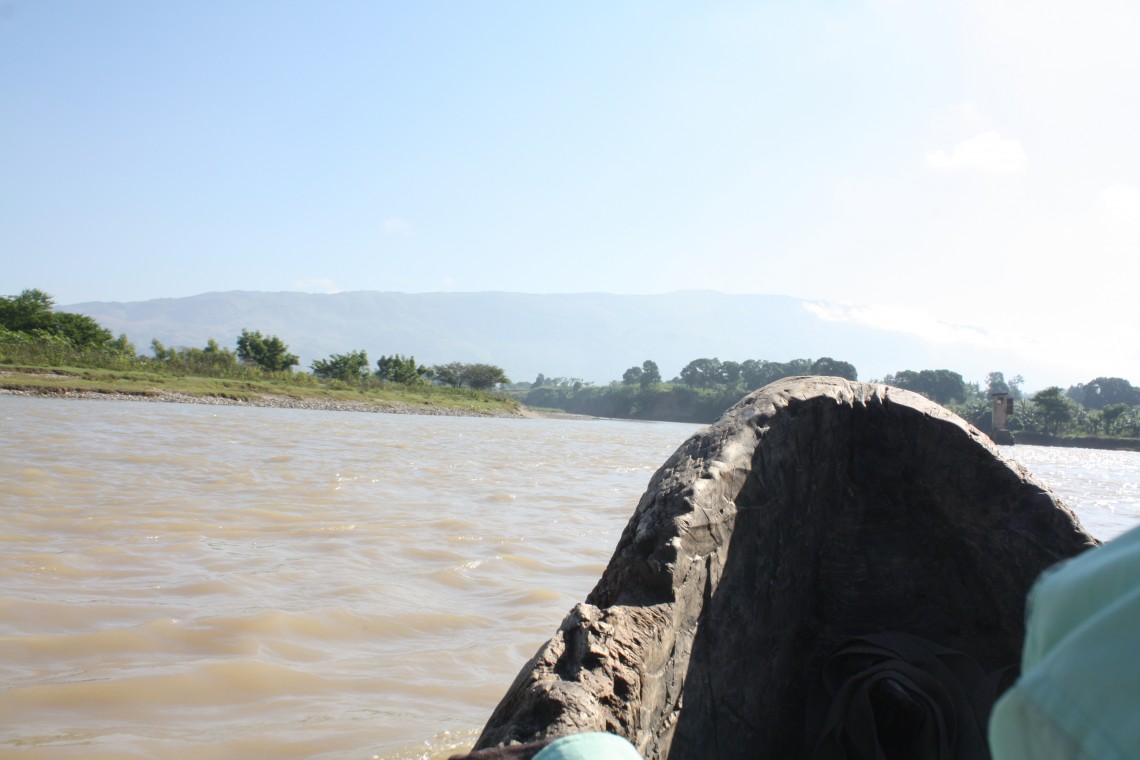 The man guiding the boat dipped a long pole into the water using the ground below to push it up river while the current took it to the other side.  The boat did not dock correctly, it stopped with four feet of water between land and boat.  Our boat driver called to a friend standing on land.  He asked him to help with us.  This man intended to carry each of us to land.  I didn’t want to do it, thinking I would break his back but he didn’t flinch as he carried each of us.

Walking a dirt path we continue our journey.  Some people greeted us as we passed by while others watched.  We arrived at a small creek.  I was following Cody and because I wasn’t far behind I mimicked most of his steps.  He placed his foot on a small patch of grass in the center of the creek and jumped the embankment.  Cody turned.  I stepped onto the wet patch of grass, and placed a foot on the slick surface.  Cody grabbed a hand as I placed my other foot onto the hill.  A Haitian man coming our way noticed our dilemma and ran to take my other hand.  One foot began to slip in the clay, but Cody and the man did not let go.  I looked at my foot.  I willed it to stay, but it kept slipping.  In mere seconds I found myself ankle deep in the thick mud.  My shoes were buried.  Leaving them behind I climbed the hill.  Yves, our guide and translator called to me, “You must come this way, but you need your shoes.”

As I started to climb down to recover my shoes the Haitian man helping us threw up his hand to Yves and cried out, “No-no-no-no-no!”.  To this Yves told him something in Creole.   I can only assume he told the man we were going to church, and I needed my shoes.  He replied, “No-no-no-no-no,” before jumping into the creek himself.

Pulling a shoe from the mud, he cleaned it and handed it to me.  I tried to come help find the other shoe and he said, “No-no-no,” while waving to stop me.  Grabbing the second shoe from the mud he did the same.  Having both shoes I started toward the creek to clean my feet.  Our friends were still waiting on Cody and me, but the man would not let us go to them.  He kept saying, “No-no-no,” and climbed back to where we were standing. He motioned us to follow him.  Cody called to Yves saying, “Go ahead we will catch up.”

We followed the Haitian man to a small puddle.  He leaned over it and held out his hand to take one of my feet.  He took off my shoe, cleaned it and my foot before he placed it back on me.  He then proceeded with the other.  After he finished he looked up and smiled a great smile and then nodded.  I smiled and said, “Thank you.”  Cody also thanked him.  He nodded his head picked up his things and went on his way.

The magnitude of this act did not affect me at this moment I am ashamed to say.

Cody and I continued our walk to catch up with the others.  Soon we saw the church on a hill in the distance.  As we drew closer the sounds of worship filled our ears.  Their voices blended into a symphony of heartfelt praise. It was beautiful.  We peered inside the small concrete building and it was obvious we were late.  Everyone turned to stare.  Going in we were taken to the stage and placed in chairs behind the pulpit.

They continued to sing songs of worship along with several specials.  The bright faces of little ones smiling showed how curious they were about the four white Americans.  Cody and Yves gathered at the podium together.  Cody was to preach with Yves translating.  Not long after he began his sermon I realized it was about humility.  My mind replayed all the scenes of our walk before we arrived.  A lump now found in my throat as I relived a man carrying me on his back to land, a man retrieving my lost shoes and then washing my feet.  Tears filled my eyes and when Cody looked at me and said, “I’m sorry, but I’m going to use what happened earlier as an example.” 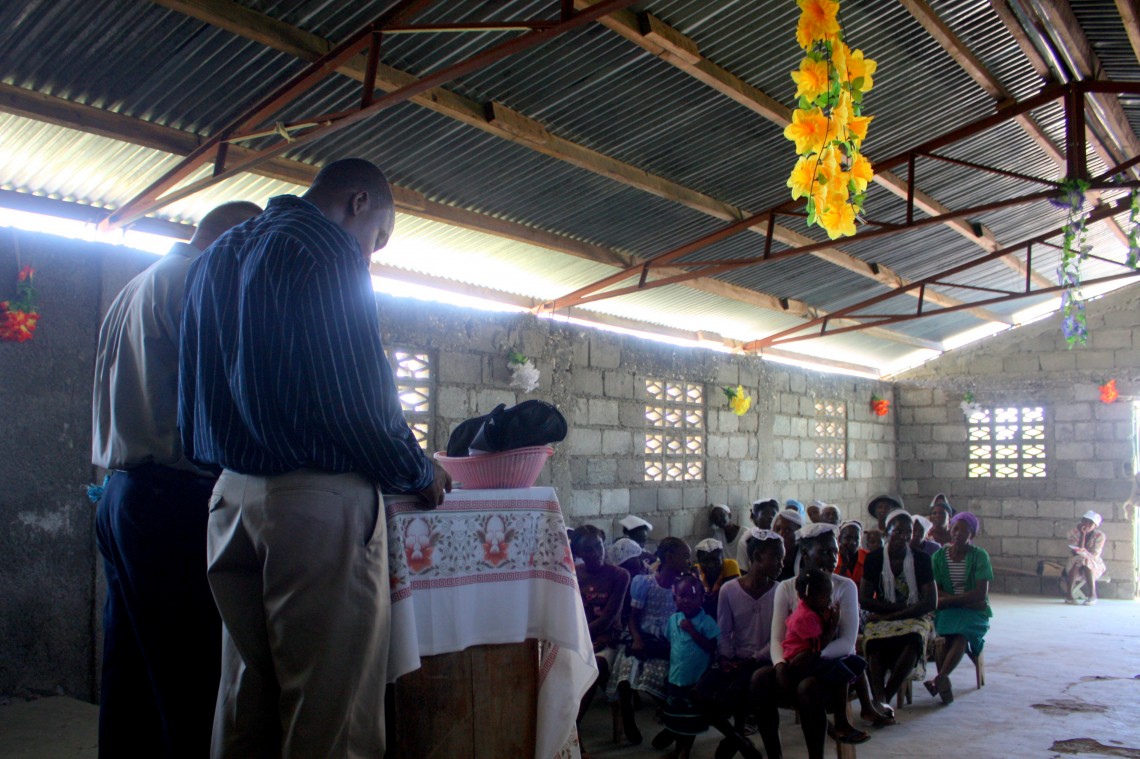 That’s when I felt it.  The Holy Spirit engulfed me to the bone.  These questions I wanted answered were simple.  I didn’t come here to help them.  God sent me here to learn and be humbled by them.  They sit in sweltering heat, with backless pews and praise God like no others.  They walk for miles without complaining to hear about our Heavenly Father who sent his son to save them.  I am forever blessed by how they showed me, a lowly American, what it is to worship, to humble oneself, and to be thankful.